I’m spending this week and next at Apple Entrepreneur Camp. It’s a fantastic opportunity to learn from Apple engineers. So far, it’s been WWDC on steroids. The least I can do is to spread some of the knowledge I’ve gotten.

But, what happens if both objects have a reference to one another through an array?

Here’s an example in Hopscotch: 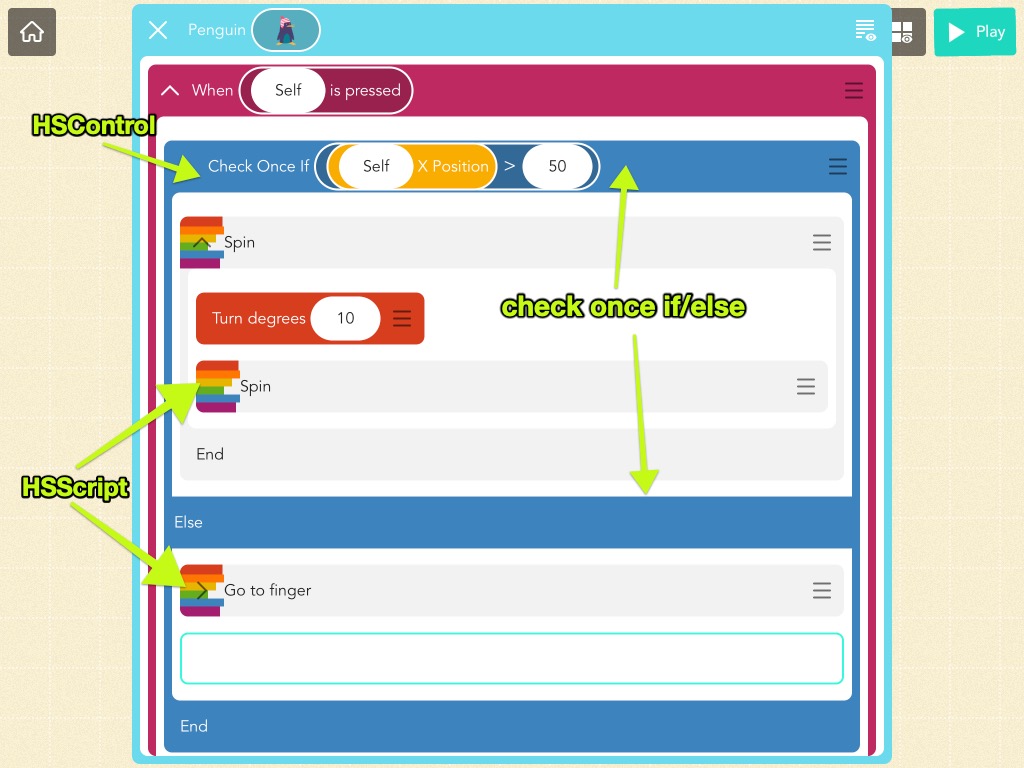 You can’t have an array of weak or unowned references so it may seem that we are doomed to a strong reference cycle. Never fear! There is a solution, both for Swift and Objective-C.

There’s a little known (to me) class called NSPointerArray. It can hold nil values and therefore can accept weak pointers. If you switch your NSArray to an NSPointerArray, you can solve your reference problems.

Note that you need to bridge your object to add it to the pointer array. In Xcode 10, I was able to use a fixit to get this syntax.

In the Hopscotch code, one side of the retain cycle was in an Objective-C class (HSControl) and the other side in a Swift class, HSScript. We decided to look for a fix in Swift as well so we could explore solutions from both sides.

So how do you create a weakly referenced list in Swift? One option is to use an NSPointerArray. However, this requires that the items in the array be of type UnsafeMutableRawPointer. Yuck. Anytime I see a class called Unsafe I try to stay away.

A better solution is to wrap your object in a struct with an unowned reference.

In this instance, we create a private struct that keeps a reference to the HSControl. It’s the same principle as creating an array of pointers, just this time we made the pointers ourselves.

A many-to-many reference cycle may seem like a rare occurrence, but if it does happen, now you know what to do. Use this as an excuse to run the Leaks tool in instruments and see what you have. Even if you are not experiencing this memory leak, I hope you enjoyed learning about a new class and a new design pattern. You never know when they may come in handy.

Lastly, if you were intrigued by that snippet of Hopscotch code, we’re hiring!